The JP McManus Pro-Am teed off for the first time in 1990 at Limerick Golf Club, with the aim of raising much-needed funds for charities and organisations in the Mid-West region.

The succeeding event took place five years later in 1995 when the European Tour became involved with the management of the tournament. This augmented the stature and profile of the Pro-Am among European and US professionals as well as spectators, and attracted many more professional golfers including three legendary members of the US PGA Seniors Tour – Jim Colbert, Bob Murphy and Tom Wargo. It was left to Englishmen Paul Broadhurst and Richard Bozall to share the trophy, however.

Many of the younger professionals who also participated went on to become some of the leading names in the sport, such as Michael Campbell, Darren Clarke, Lee Westwood, Paul McGinley and Andrew Coltart. The funds raised on that occasion increased to almost €4m.

In 2000, the Pro-Am was once again hosted at Limerick Golf Club. Over 15,000 people enjoyed two fantastic days of golf, witnessing then world no.1 Tiger Woods securing victory. The young golfing superstar fended off some of the world’s leading players including David Duval, Stuart Appleby, Padraig Harrington, Thomas Bjørn, Lee Janzen and Mark O’Meara to claim victory. It was to prove a fruitful year for the then 25 year old as he won three of the four Major Championships, before completing the ‘Tiger Slam’, in early 2001 at The Masters. Pro-Am spectators were lucky enough to witness Tiger competing in his most successful ever year.

Among other sports personalities to compete in the 2000 Pro-Am were Alex Ferguson, Martin O’Neill, Keith Wood, Gary Lineker and Eddie Jordan. The tournament that year saw a significant increase in funds raised, this time totaling €19.8m. 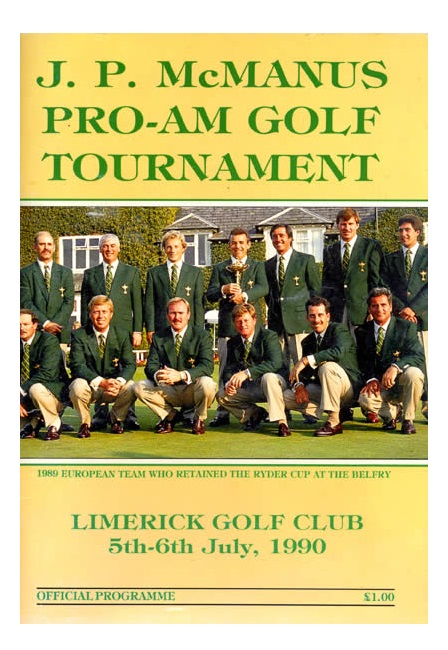 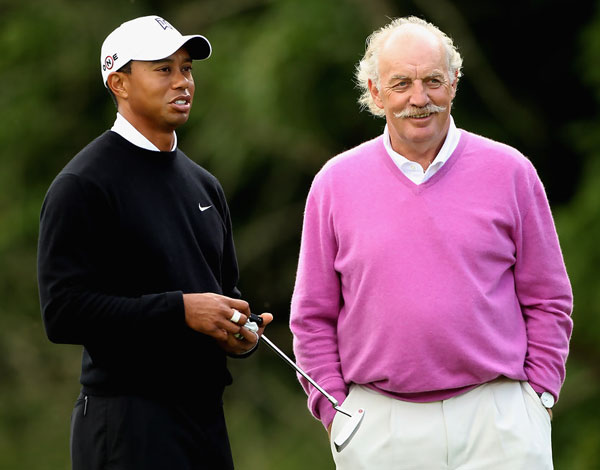 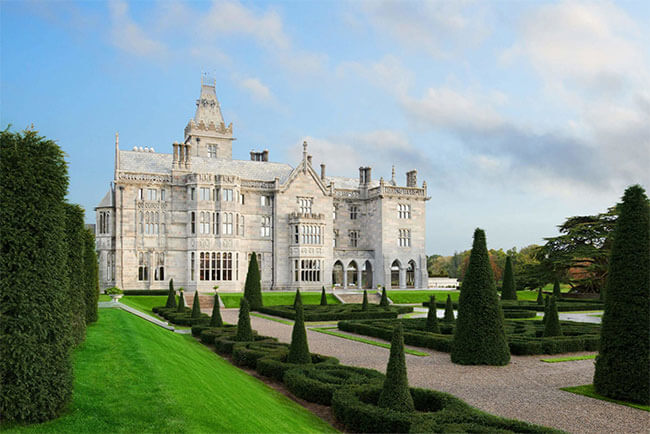 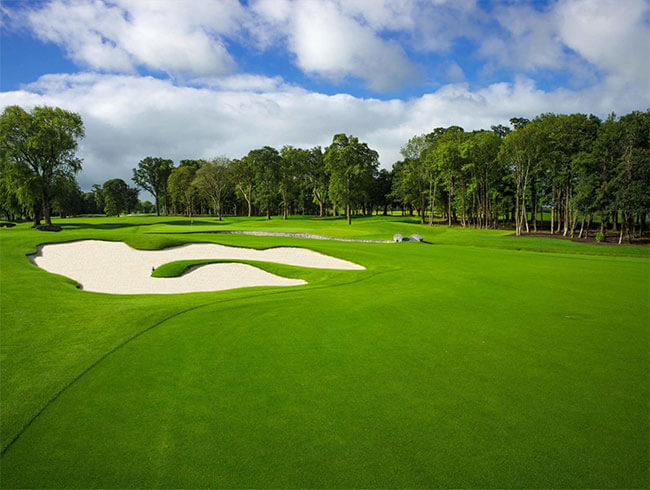 With the tournament’s profile increasing, the 2005 JP McManus Pro-Am moved to a new home – the magnificent Adare Manor, Co. Limerick.

Some famous faces also made the trip, including Bon Jovi drummer Tico Torres, former Liverpool and Real Madrid striker Michael Owen and actor Peter Gallagher. In the end there could only be one individual winner, and how fitting that Ireland’s Padraig Harrington was the player to lift the trophy, with Charleville Community Care fielding the successful overall winning team. As a result of two days of fantastic golf, over €31m was allocated to 56 charities in the mid-west region.

Among the many celebrities who supported the event were film stars Samuel L. Jackson, Hugh Grant, Michael Douglas and Catherine Zeta-Jones. The event exceeded all expectations with over 40,000 visitors descending each day on the championship course at Adare Manor, raising in excess of €43.7m. Darren Clarke walked away with the trophy, while everybody who attended left with memories to cherish for a lifetime.

Many millions have been raised since 1990, with all proceeds in their entirety going to beneficiaries. The tournament’s success stems from the genuine interest invested by all parties including golfers, volunteers, supporters, media, public, the European Tour and the organising committee.

The Pro-Am will return for a COVID-delayed sixth staging on the 4th & 5th July 2022 and it is hoped to attract as much support as ever. Spectators can anticipate the return of international golfing superstars and well known faces from the entertainment world to participate.

The location for the 2022 Pro-Am will be The Golf Course at Adare Manor which has recently undergone extensive renovations. We are looking forward to welcoming you! 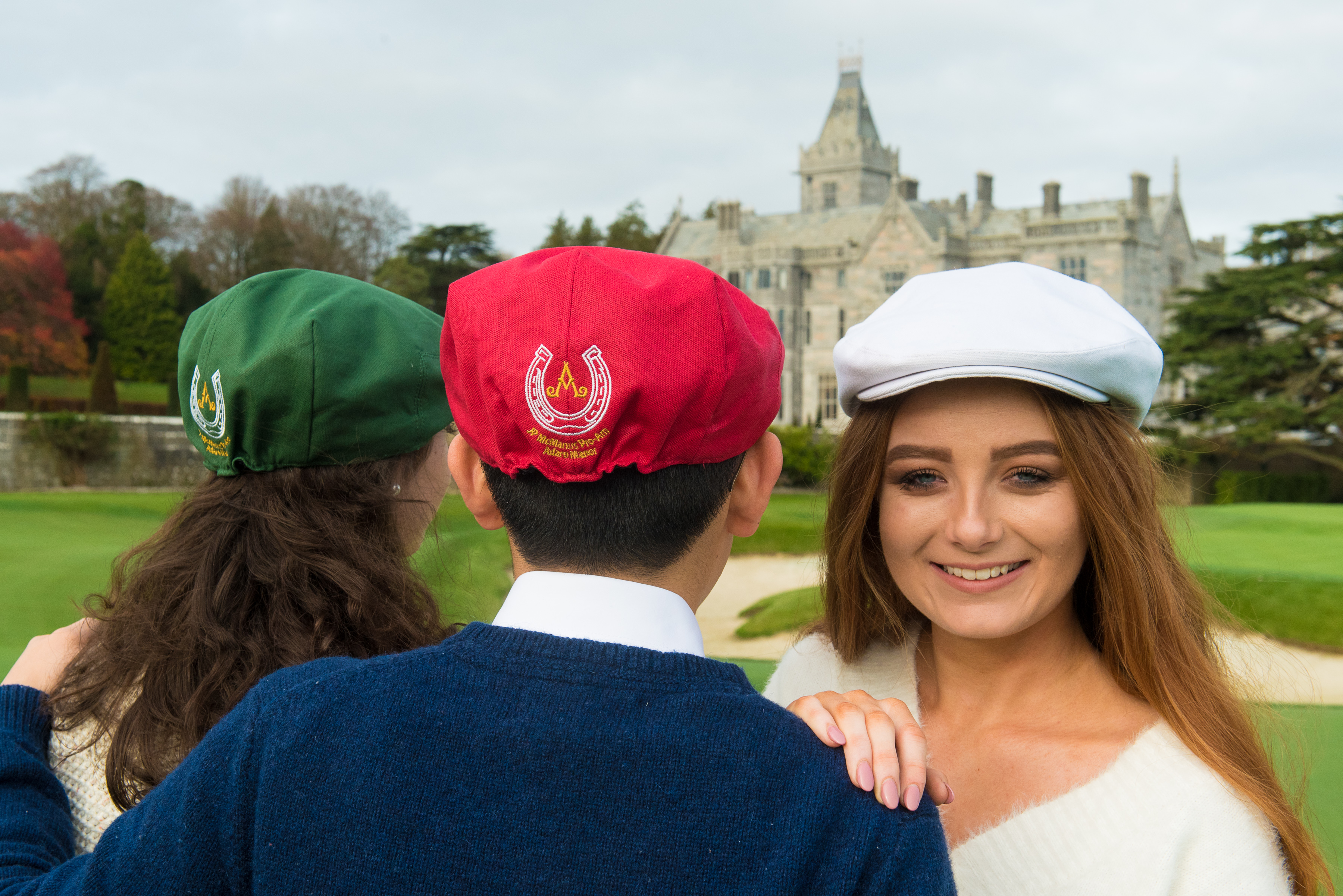